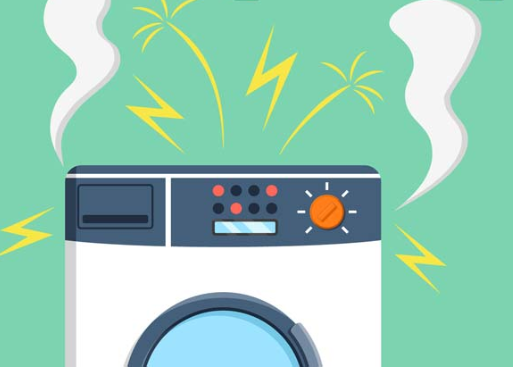 Imagine you go to wash clothes, and your washer does not agree.  Well, that just what happened to me and $200 later, I find a $5 solution.  So, before I go on, let me tell you I am no appliance repair person and I don't play one on TV.  This is my story.

So, it's Saturday morning, and as many families do, my family starts to wash clothes. The washer starts and gets about halfway through the cycle and just plain stops. It was kind enough to drain the old dirty water, but not polite enough to spin and rinse. You can imagine I got a phone call with my wife on the other end of the line, "The washer is broken, and we need it now!" Oh, did I mention, I was out of town working?  Ok, so I, with all of my coolness, say honey, call a repair company.

Well, she called and made an appointment for a "certified technician" to visit. As it turns out, I was back in town when he arrived.  Ding-dong, the doorbell rings and to tell you the truth, I was a little excited to get washer repaired, so I quickly opened the door. The repairman, entered like he was an EMT here to save the day.  And, get paid his $80 to show up fee.  Anyway, he gets to the patient, I mean the washer, turns it on, removes two screws, presses a few buttons, and proclaims, it's fixed. He "reset" the mainboard and everything was to be ok.  Wow, that was fast, but as we are average consumers and could not tell otherwise, we paid him $80, shuffled him out the door, and started to wash the clothes that have piled up in the basement.

As you can guess, the washer, 30 minutes into the first load, started acting like we did not just pay a guy $80 to fix it. Now I wanted to scream, and I did, mostly on the inside. My bride, as beautiful as she is, was visibly upset. But, I can tell you that I could tell she was upset even with my eyes closed.  I wanted peace in the house, and you all know what I mean.  We called the "certified technician" back and he stated, it must be the mainboard and that the replacement cost is $450.  He casually said that he would order the mainboard and come back to install it in four days.  Four days!?  Oh no, I’ll call someone else.  $450 and his $80 ten-minute visit, just didn't sit right with me. The washing machine originally cost $650 from Amazon. Maybe it was time to buy a new one.  I called the washing machine manufacturer who said that they could have a technician out in two days and maybe save some money for us.

Two days later, the manufacturer's technician arrives (for $100 by the way) with a tablet and tools. He actually connects a tablet to the machine and runs the washer through a cycle.  The washer again stops during the cycle and the technician states that in-fact the mainboard is the issue. We had to replace it to get the washer working. His final estimate was $425 and he could have it fixed in two days. He called the office to confirm his diagnosis and they agreed. Well, we decided it was time to get a new washer. The technician left offering to return if we wanted to get it fixed.

Later that night, I searched for the mainboard online and found it for $120.  I'm pretty good with electronics and with some directions, I can fix it, right? I thought so. So, two days later, the board arrives, I replace it and pretty happy that the washing machine’s lights came back on after I replace the board.  I ran it through a cycle and, BOOM!, it's still broken.  What is going on here? How could this be? I replaced the mainboard as two professionals and the office said was the problem. If your counting along with me, I've now spent $300, frustrated myself, questioned the appliance repair trade and the washer is still not working.  Well, wait until you hear what I did next.

Now sitting at the desk in my office, I turn to the internet again.  This time I search for how to fix my washing machine. The first link is for a YouTube video. I click the link and maybe you guessed, it's not the link I need, but it does give me hope.  Now I started searching YouTube for my washing machine symptoms and within five clicks, I find the right video.  I watched the video and the instructions that the host gave and thought, no way, It can't be that simple.  I frantically search my house and garage for the one item he said I needed.  Just as I was about to go to the store, I found what I needed. A $5 can of compressed air.  Yes, compressed air like the air you use to clean your computer or sneak up on a coworker to scare them with that blast of air.  The video explained that the fix was a clog in the sensing compartment.  As shown in the video, I removed a tube and used the compressed air to clear the clog. Can you believe it?  A can of air!

Yes, the next wash cycle and the 50 or so that followed worked well.  The machine is still working like it is brand new.  So, if you have an issue with any of your appliances, check online first for videos that might give you the quick fix and save you hundreds of dollars.  If you are comfortable with tinkering and have time, you may want to give it a try.